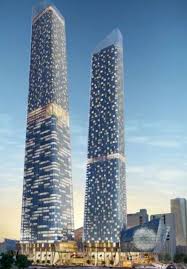 Samantha Reece of PropertyESP attended the Property Council’s Office Breakfast for 2017 this week.

It was pleasing to note that the statistics and panellists were united in their views on the future for Perth’s CBD office vacancy rates.

While the overall vacancy rate is relatively high, in January the CBD showed its first positive sign of recovery in five years.

And while the current market has been touted as one of the worst, we were reminded that in the 1990s the office space vacancy peaked at 31%, considerably worse than the current 22.5% vacancy rate.

While the CBD is showing promising signs, the West Perth market in contrast is still experiencing some challenges with the vacancy rates growing by 3.1% since June 2016.

What is more interesting though is that the vacancy rates are worse for B, C and D grade properties, with vacancy rates peaking as high as 37.5%.  What we are seeing is a flight to quality as companies are able to secure Premium and A Grade at highly competitive prices.

The panellists also made it quite clear that now was the time to strike any deals for office leasing.

With major mining companies now removing their sublets from the market (30% reduction), the CBD is beginning to see a retraction in vacancy rates and a sense of optimism.

Predictions are that the vacancy rates will be at 17.6% in the CBD by 2020 with only one more building to come to market in the next four years.

With 20 major office refurbishments already in the pipeline and the proposed World Trade Centre, the face of Perth is about to undergo a transformation which will shape our City for the next 15-20 years.

And while mining has come off the boil somewhat, the CBD is now becoming the preferred location for second tier mining companies, legal and accounting firms who are relocating from the suburbs and, alas, West Perth.

There was a concession as well that the core investment that the State Government has made over the last 5-6 years with Elizabeth Quay, Waterbank and Northbridge Link, has set the City up for expansion in all these directions.

Perth is evolving and is now home to global companies such as Woodside, BHP, Wesfarmers and the soon World Trade Centre – and that is a fabulous advancement!

We keep talking about an era of disruption and we have certainly witnessed that on the global political level.  In regards to Perth, now is definitely the time to hang on, but also to think outside the box.

Old office will undergo upgrades, there will be an influx of workers into the CBD and perhaps West Perth will become more residential based?

Regardless – now is the ideal time for action!